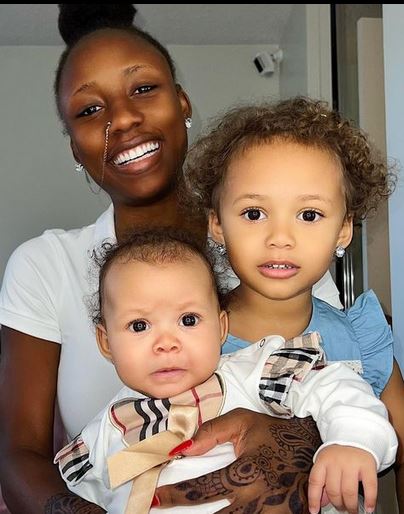 Korra Obidi and her daughters

Nigerian singer/dancer, Korra Obidi could not hide her excitement as she took to Facebook to announce that she has finalised her divorce from estranged husband, Justin Dean.

Korra did a video after returning home from court to update her fans.

She disclosed that she was victorious but said she couldn’t reveal much about the court case because most of it is confidential.

However, she hinted at getting custody of her daughters and she toasted to a beautiful life with her children.

Korra had revealed weeks prior, that Justin was asking for her to pay him spousal support and for her children to be taken from her.

She did not reveal if the court granted him spousal support but she appeared really excited and repeatedly mentioned that she emerged victorious.

She went on her knees to thank her fans and everyone who stood by her.

She also disclosed that she is still open to love.

Swipe the videos below to watch;