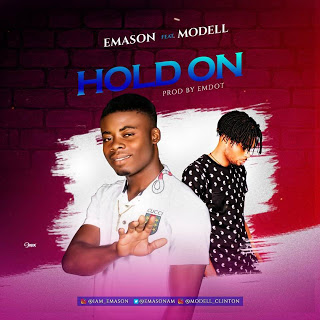 Emmanuel Okolie David,An Afropop singer, song writer and stage performer
The Afropop singer is an indigen of Anambra State
He is based in Lagos
He started his music career back in 2013 as a  DJ then in 2017 recorded his first song ‘sample’ with omalicha eco  since then he had never stop trying his best to deliver good music,  he had release songs like ‘sample, one in millions, no time’
He got his stage name Emason; from the combination of his names and nickname given to him during his secondary School days
This time he featured  Modell to deliver this soul melting apology love song tittled ‘hold on’
DOWNLOAD MP3