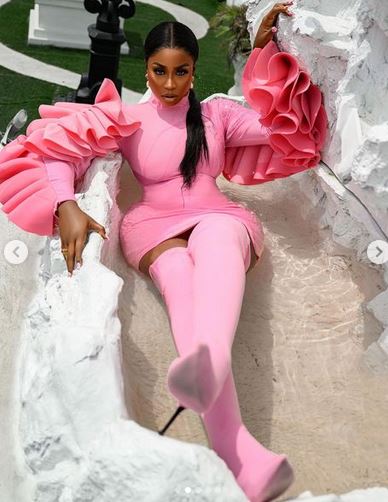 She narrated how the disciplinary committee of Benson Idahosa University (BIU), Benin, Edo State gave her a tough time because of the role.

Popular Nigerian actress, Lilian Afegbai has disclosed that she almost got expelled from the University after she played a s3x scene with Jim Iyke at the start of her career.

Lilian during a chat on the latest Tea with Tay episode narrated how the disciplinary committee of  Benson Idahosa University (BIU), Benin, Edo State gave her a tough time because of her s3x scene with actor Jim Iyke.

According to her, the movie was the first gig she got as an actress, and was combining schooling with her acting career then.

“I started acting fully in BIU. In the first movie that I did, they almost expelled me from school because I had a s3x scene with jim iyke. So when the movie came out, then I was young,” Afegbai said.

She added, “it was just a lot, and people in the school, you know how jealousy now, people started telling our Reverend seb’s wife and so they brought the movie to school, they said I acted an illicit scene, they fixed a panel.”

“I thought I was going to get expelled. I was scared. It was a Christian school and when people start talking about things in school and making it a thing, you actually face a panel. When I went to the panel, I started making them understand that I am Christian. I would never do anything to jeopardize my Christian faith but then this is acting ma, it’s make-believe.”