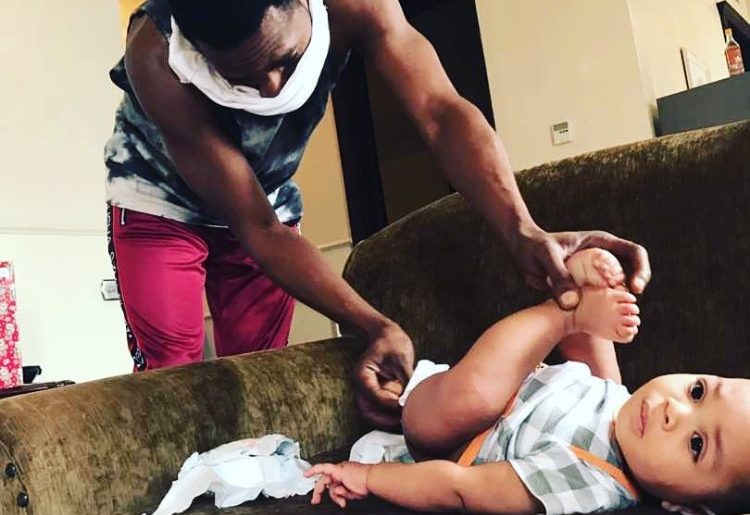 The Lagos state Police Command has reacted to the report that music Star, Dbanj lost his only son, Daniel D’third, recall days ago news broke that Daniel drowned after falling inside an indoor swimming pool built by his Father Dbanj at their Ikoyi home. However while everyone is trying to mourn, the Police has revealed that the case had yet to be reported to the Station.

A Police source said “Although the matter had yet to be reported, the police will still have to investigate the circumstances that surrounded the death. It is sad news and one can only imagine the pain the family is going through now,” she said. The Lagos state Police Public Relations Officer, CSP Chike Oti, in a statement, said the state CP, Edgal Imohimi, was saddened by the death.

“The Commissioner of Police, Lagos State, Edgal Imohimi, on behalf of officers and men of the Lagos State Police Command, wishes to commiserate with the family of Mr and Mrs Oladapo Daniel Oyebanjo aka D’banj, on the death of their one-year-old son, Daniel (Jnr) Oyebanjo… The entire command shares their pain.”

“Although a delegation from the command, led by the Divisional Police Officer, Ikoyi division, CSP Mustapha N’Abba, who were at the Ikoyi home of the Oyebanjos on a condolence visit, did not meet anyone at home, it is expected that when the mourning period is over, the family will formally report the circumstances that led to the unfortunate death of little Daniel to the police.”