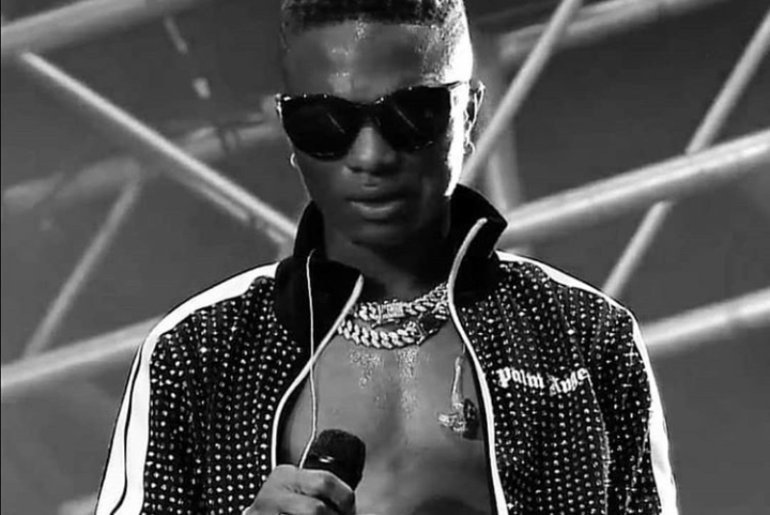 History was made on Saturday in the UK when Nigerian born Singer, Ayodele Balogun, popularly known as Wizkid, performed to a sold out crowd of 20,000 at The 02 Arena, London.

Wizkid became the first Africa-based artiste to perform at the arena, earning a spot on a stage that had been graced by the likes of Drake, Beyonce and Adele.

Wizkid was welcomed onto the stage by Liberian super model, Naomi Campbell.  she said: “Today is a historic day; 2018, 25 of May is a historic day for Afrobeat music in 02 Arena. I want to congratulate Wiz for putting out this wonderful event.”

Wizkid briefed onto the stage with the signature of the legendary Fela Anikulapo Kuti( two hands in the air).

Speaking after performing ‘Manya’, Wizkid told the massive crowd in adulterated English: “Na because of una I dey here so.”

He also took out time to pay homage to past and present African artistes. After this, he went into the show proper and then he took us back to his classics ‘Show You the Money’, ‘No Lele’, ‘Tease Me’, ‘Don’t dull’, ‘Azonto’, ‘Pakurumo’, ‘Love My Baby’ and ‘Caro’.

The event came to a climax when he told his story again in ‘Ojuelegba’, and watched the crowd go wild. It was visible, even to the blind and audible to the deaf, that Wizkid had cemented his place in the annals of African music.