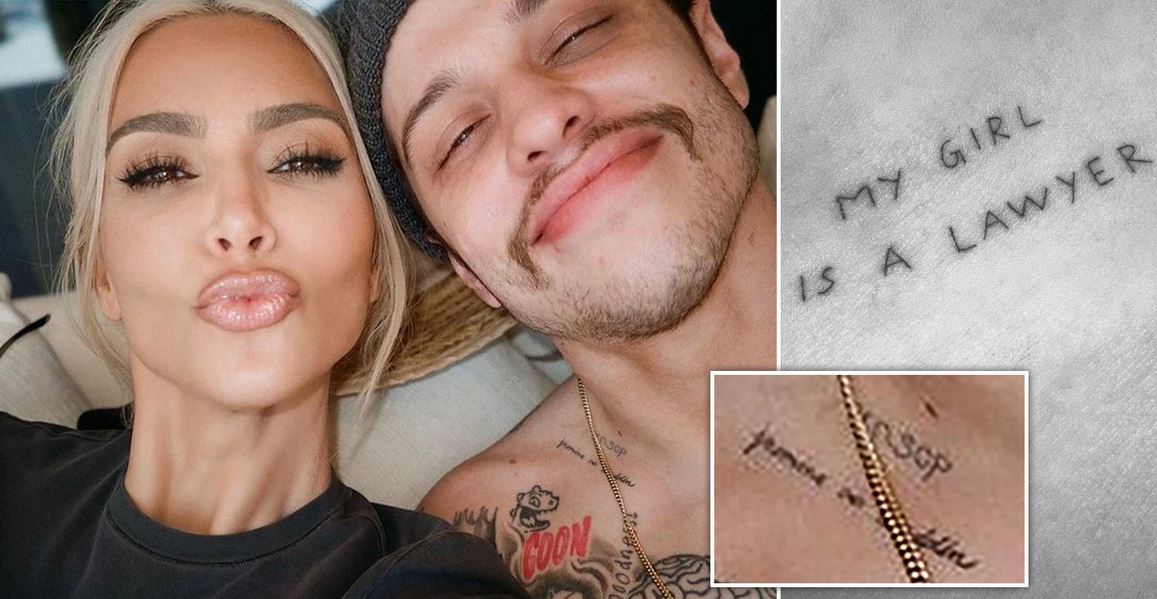 American comedian, Pete Davidson has removed the tattoos dedicated to his former girlfriend and reality star, Kim Kardashian after they called it quits.

Pete Davidson went shirtless as he enjoyed a trip to Hawaii with rumored girlfriend Chase Sui Wonders over the weekend — and asides from showing off his chest in the ocean, it also showed that he has taken off the ink.

Recall that the 29-year-old famously inked his body in tribute to his then-girlfriend, getting several tattoos that referenced Kardashian and even her kids — but the ink was noticeably absent during his romp in the ocean.

Back in October, the star was photographed with a bandage above his left collarbone where his “My girl is a lawyer” tat was, causing speculation that he’d had laser treatments to remove the ink, and the photographs in Hawaii confirm the removal, with the Kardashian tribute nowhere to be seen.